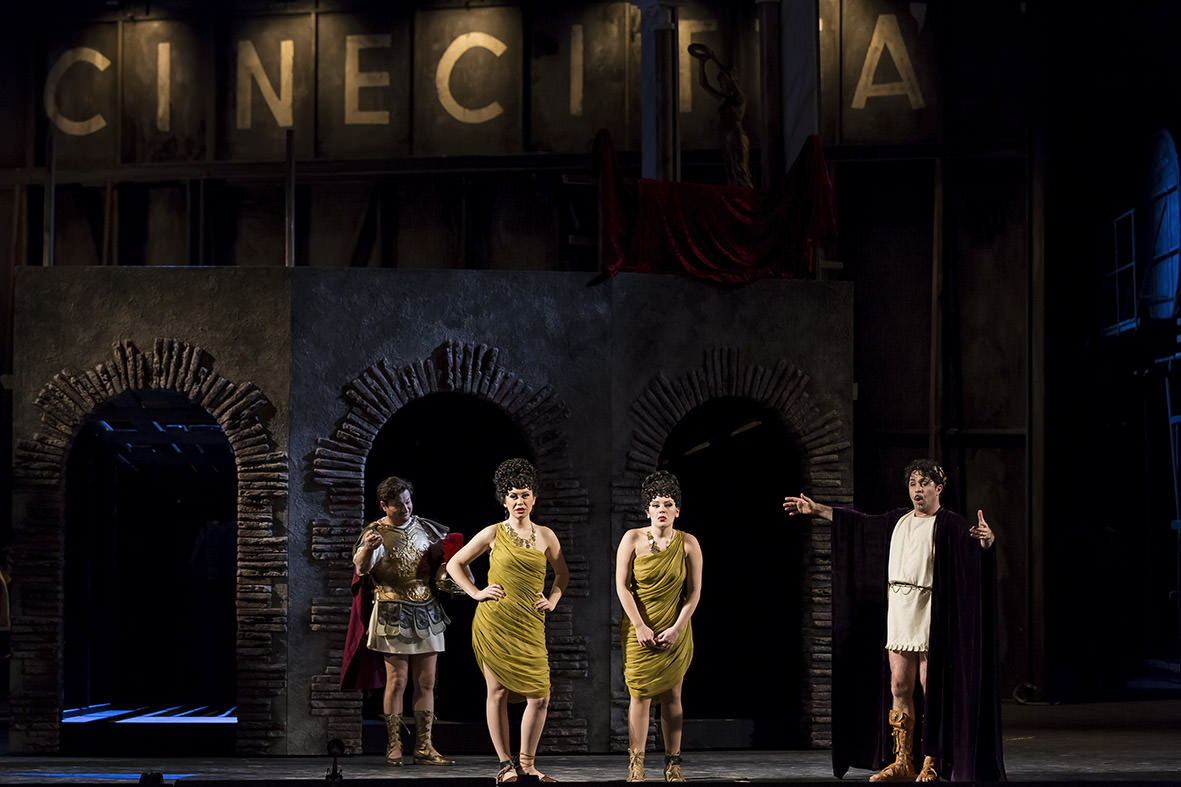 “Hilarious and well in focus is the stepsister performed by Loriana Castellano.. APEMUSICALE.IT di Emanuele Dominioni

Varied at its best, in a show in which there are no supporting roles, the pair of the stepsisters, a totally plausible double act of aspiring starlets seized by bouts of emotional eating: Loriana Castellano, Thisbe, turns her character into a little gem of irony, hilarious but never exaggerated.. di Roberta Pedrotti APEMUSICALE.IT

“A good performance is Loriana Castellano’s in the part of Thisbe, highly enjoyable scenically while depicting an unbearable character as never grotesque or caricatured, and always humanly plausible”…. GBOPERA.IT